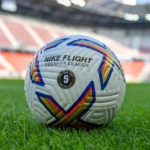 N'Golo Kanté is one of five players on the team whose contracts are set to expire at the end of the season, but his situation is perhaps the most perplexing right now. Kante has reportedly turned down Chelsea's new offer for a new contract to see two Premier League clubs sign the midfielder next summer. According to the report, N'Golo Kante turned down a verbal request for a … END_OF_DOCUMENT_TOKEN_TO_BE_REPLACED

The Champions League 2022 Group Stage draws been completed in Istanbul, and four Premier League sides have learned their opponents for the tournament's opening stages. That includes four teams from the Premier League, with champions Manchester City, joined by Liverpool, Chelsea and Tottenham. Qualifying might have been taking place since June, but the group draws were held in … END_OF_DOCUMENT_TOKEN_TO_BE_REPLACED

The Premier League debut of Erling Braut Haaland couldn't have gone any better. After a lacklustre performance in the Community Shield against Liverpool, which included a terrible miss in stoppage time, the Norwegian made his English debut against West Ham United. Haaland scored both goals for Manchester City in a 2-0 victory at the London Stadium. After being upended … END_OF_DOCUMENT_TOKEN_TO_BE_REPLACED

United has been pushing back against their bid of PS 51m for Ajax's Antony, with Ajax holding out for even more cash. Ajax wants EUR80 million for Antony, with United still nowhere near enough of that figure. Ajax reportedly pushed their asking price for star winger Antony to EUR 80m, with Manchester United ramping up their efforts to sign him. Antony is still going for … END_OF_DOCUMENT_TOKEN_TO_BE_REPLACED 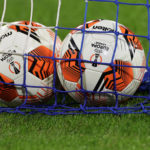 Tottenham Hotspur have allegedly joined the competition to acquire Sevilla centre-back Jules Kounde, as Antonio Conte aims to bolster his back line even more for the next season. Chelsea and PSG are reported to be leading the race, but Tottenham might provide an option while allowing certain players who are judged surplus to requirements to leave. According to The Mirror, … END_OF_DOCUMENT_TOKEN_TO_BE_REPLACED

This is an example of a text widget which can be used to describe a particular service. You can also use other widgets in this location.

Examples of widgets that can be placed here in the footer are a calendar, latest tweets, recent comments, recent posts, search form, tag cloud or more.